Loch Tay is a big-old freshwater loch in the central highlands of Scotland, and straddles both Perthshire and Stirlingshire counties. The watershed of Loch Tay traditionally formed the historic province of Breadalbane.

In early 2019, In Your Element started running activities on it’s shores, based at Loch Tay Highland Lodges, and we’ve been getting to know the area a bit better over the course of the season. There is so much to do in the area, from picnics at the waterfront to full-on adrenaline-fuelled activities.  It’s an awesome place to visit, in case you’re wondering!

It is a long, narrow loch of around 23 km long, and typically up 2.5 km at its widest point.  It follows the line of the strath (valley) from the south west to north east.  It is Scotland’s sixth-largest loch by area and over 150 metres deep at its deepest part.  That’s deep, but not quite as deep as Scotland’s deepest – Loch Morar sinks to a massive 310 metres. 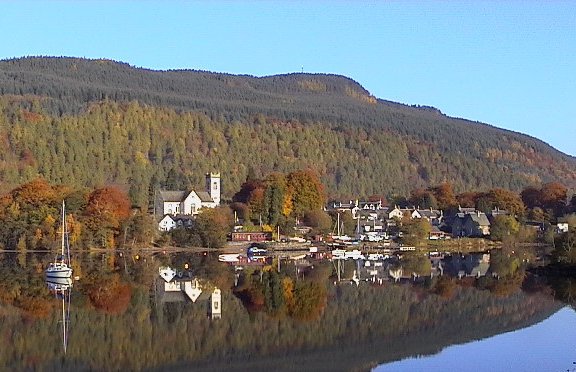 Killin, at the head of the loch, and Kenmore at the outflow of the River Tay, are the main settlements on the lochside today.  The loch is fed by the rivers Dochart and Lochay at its head and numerous smaller streams along its shores.  The Dochart flows through the village of Killin, and any who pass through, will no doubt have seen the spectacular rapids at the bridge.  Awesome at the best of times, but spectacular when in spate.  All around the area, the visitor will be able to find accommodation of all sorts, plus shops, cafes and restaurants in the likes of Killin or Kenmore.

In the Iron Age, some of the Celtic people of the area lived on artificial islands in the loch, called crannogs (in effect, a house on stilts in water). They are thought to have originated before 2000 BC, though they continued to be built and used as dwellings and refuges into the Middle Ages.  Crannogs (also found elsewhere in Scotland, Ireland, and Wales) not only provided excellent protection from unruly neighbours but also from the more dangerous wild animals (wolves, bears, boars, and lynxes) that were once common in the British Isles.  More than 20 crannogs (most are now under water) have been identified in Loch Tay.  An example has been reconstructed on the south side of the loch at the Scottish Crannog Centre (Kenmore) and is really worth a visit.

Ben Lawers on its northern shore is 1,214 metres at the summit and is the tenth-highest mountain in the British Isles.  The Lawers group is a wonderful collection of mountains that offers walkers some awesome walking and views across central Scotland.

As the water flows out of the loch at Kenmore, the River Tay develops into one of Scotland’s finest canoe touring rivers and salmon fishing rivers.  It is regarded as one of the big-5 touring rivers in Scotland (along with the River Spey, River Dee, River Tweed and River Clyde).  It offers experienced paddlers a trip of at least 3 days to Perth, where it eventually flows into the sea at the Firth of Tay.  Some adventure-seekers will start at Killin to paddle the length of Loch Tay before speeding up somewhat on the river. 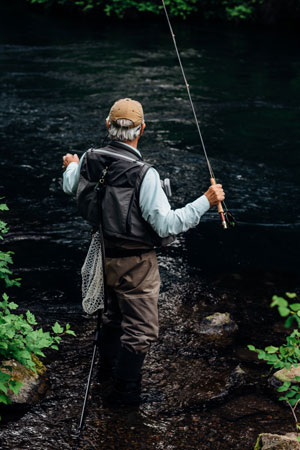 The loch is a popular spot for salmon fishing, and many of its surroundings feature in the traditional Scottish ‘Loch Tay Boat Song‘. This is a very sad song in which the main character muses on unrequited love for a red-haired woman whilst rowing at the end of a working day.  Perhaps you know the song once sung by The Corries? 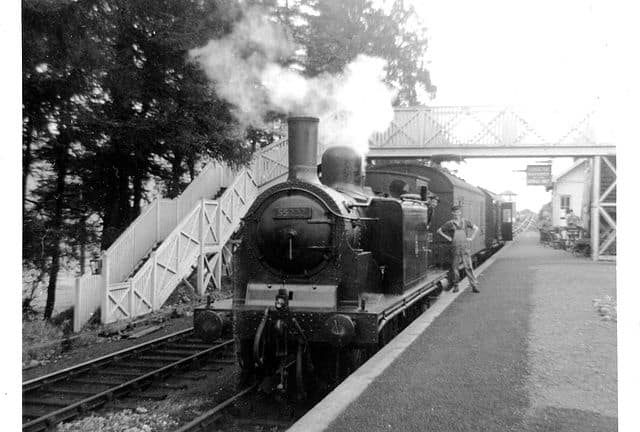 There also used to be a railway station bringing people and freight to and from Loch Tay.  The station was on the Killin Railway, which branched off the main Callander to Oban line that used to exist. It is long-gone now, but you can still see remnants of where the line ran, for example, the awesome viaduct near Lochearnhead (now part of a cycle path/ walking route).

Increase in tourism to the area 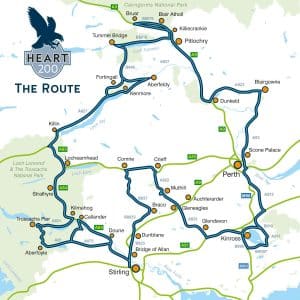 Given it’s location in central Scotland, many visitors to the country will pass through the area on their way north to the Highlands and back to the central belt.

A recent development to encourage visitors to spend more time in the area was the launch of the Heart 200 route.  A bit like the hugely popular North Coast 500, it provides explorers with top tips about places to explore and things to do.

Planning a visit to Scotland?

If you are coming to Scotland on holiday, or you are one of the many who live in Scotland but don’t explore what’s on your doorstep very often, Loch Tay is a great place to start with.  It has awesome scenery, lots to do for all the family, and some amazing places to stay.

We hope you’ve found our wee overview of the area handy, and perhaps inspired you to pay a visit.  Come and visit In Your Element for some outdoor fun if you do!