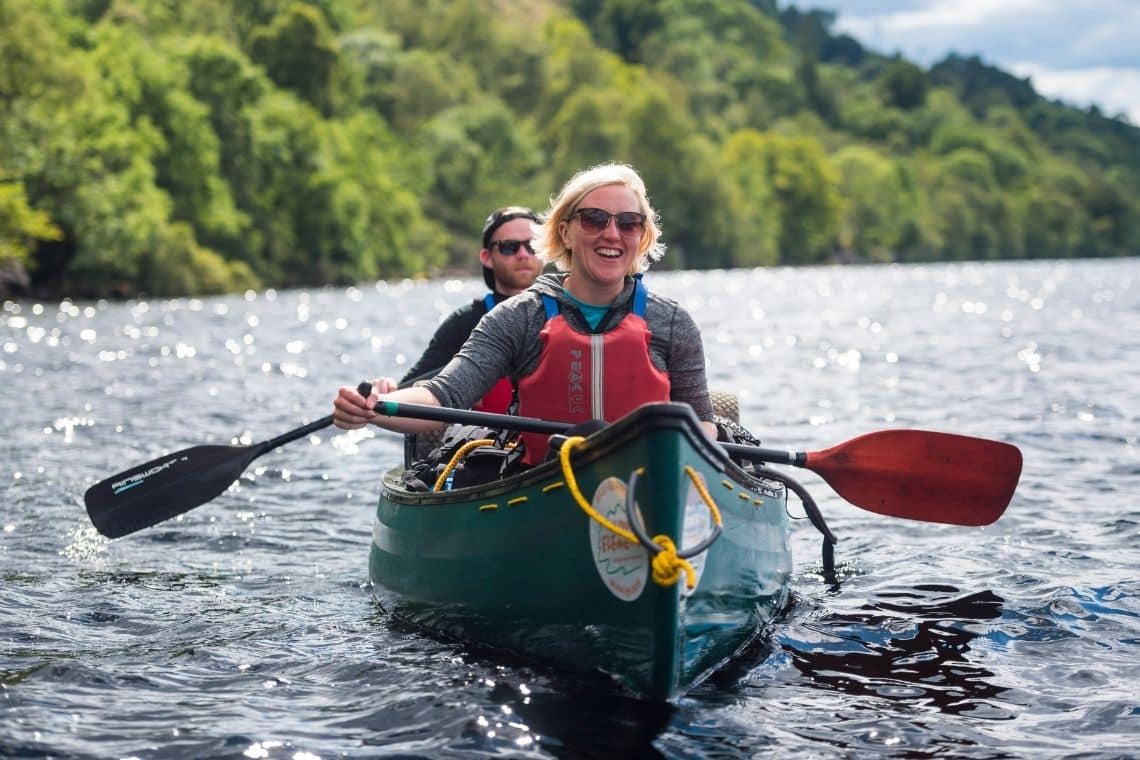 For other visitors to the Loch Ness area,  during the main season, we offer scheduled 1 hour canoe tasters and 2.5 hour canoe experiences on Loch Ness from picturesque Fort Augustus at the southern end.

Fort Augustus is worth a visit in its own right, with Scottish Canal’s Caledonian Canal Visitor Centre worth stopping off at for a look, and you must take a few minutes to take a photo or two of the Caledonian canal locks as they pass through the centre of the village.

In Your Element can also organise guided hill walks, canoeing, gorge walking, climbing, abseiling and weaseling for groups on a tailor-made basis – all within touching distance of Loch Ness.

Find out more on our Loch Ness Activity Page 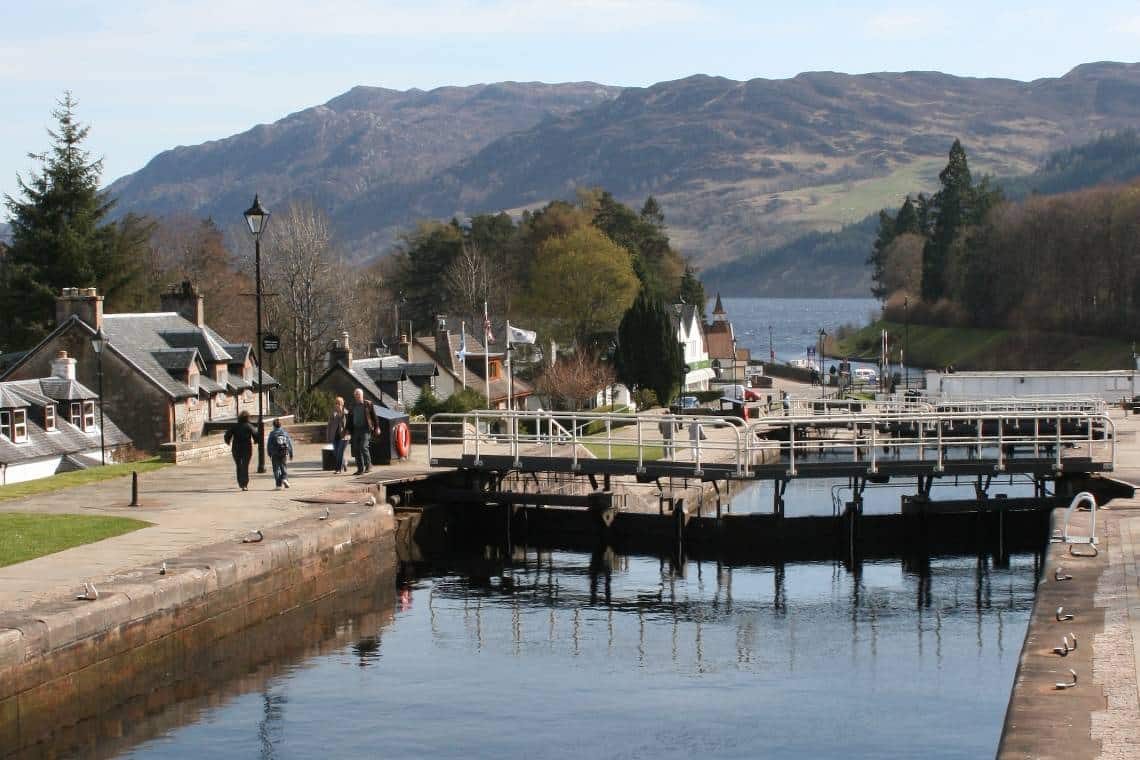 If you prefer to do your own thing and want to experience Loch Ness under your own steam, you can hire a Canadian Canoe or Kayak from us.  We offer 2 days+ hire options and can even deliver/ collect the equipment for you.

Multi-day adventures – Consider paddling all or part of the Great Glen Canoe Trail from Fort William in the west to Inverness in the East.

Typically a 4 or 5 day journey by canoe, you can camp along the way, or stop off in Fort Augustus for a night in a B&B or Hotel.  It will give you an amazing sense of achievement finishing up in Inverness at the end of this 60 mile journey.

If you would like to organise something please feel free to contact us with any questions you may have.  We’d love to help out.

Loch Ness is a big, deep, freshwater loch in the Scottish Highlands extending for approximately 37 kilometres (23 miles) southwest of Inverness.  Loch Ness is best known for ‘sightings’ of “Nessie”, our local friendly monster.

It is connected at the southern end by the River Oich (which can be paddled by canoe or river kayak) and a section of the Caledonian Canal to Loch Oich.  At the northern end there is the Bona Narrows, which opens out into Loch Dochfour, feeding the River Ness (also posible to paddle this by canoe or river kayak) and a further section of canal to Inverness.

Loch Ness is the second largest Scottish loch by surface area at 56 km2 (22 sq mi) after Loch Lomond, but due to its great depth, it is the largest by volume in the British Isles. Its deepest point is 230 m (755 ft), making it the second deepest loch in Scotland after Loch Morar.  It contains more fresh water than all the lakes in England and Wales combined (that’s a lot!) and is the largest body of water in the Great Glen, which runs from Inverness in the north to Fort William in the south. 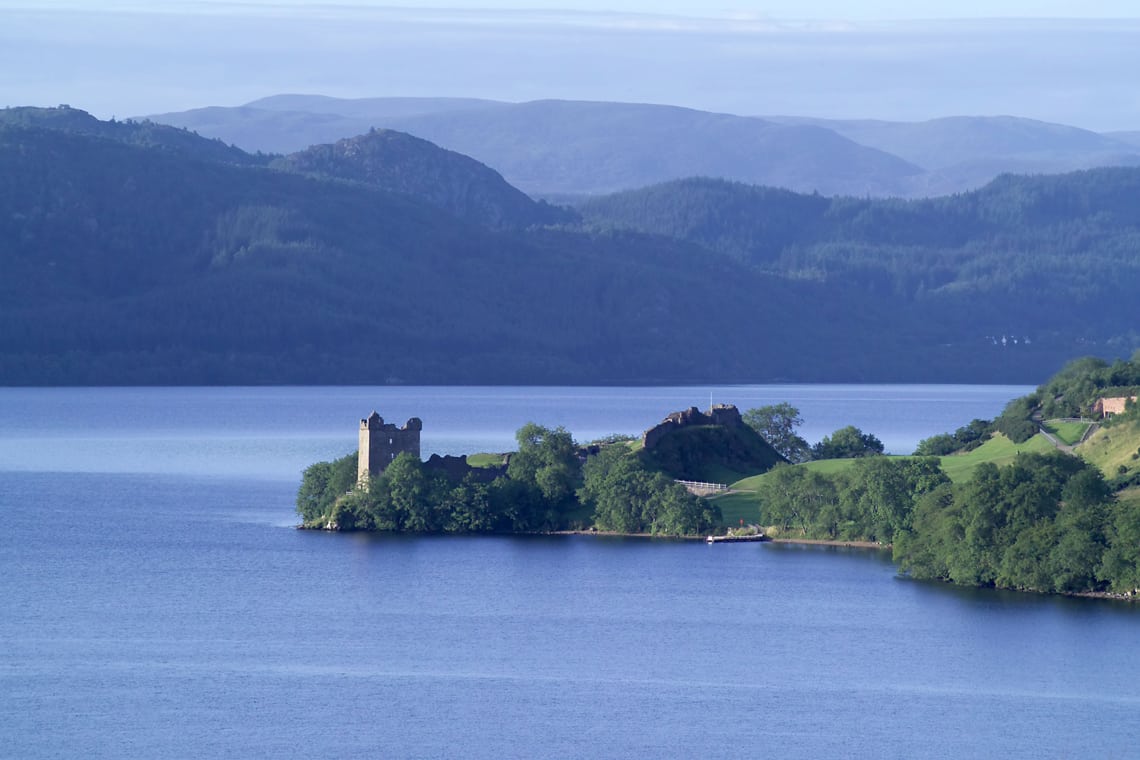